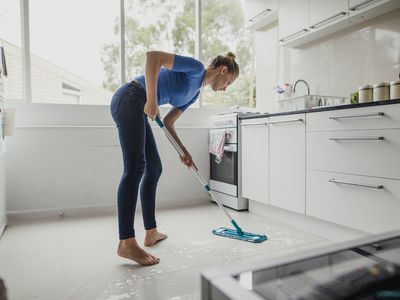 EasyLife is a professional house cleaning company which now serves more than 5,000 families throughout Belgium. Starting with one small office in the city of Antwerp, EasyLife has rapidly expanded from its beginnings in 2009 and now operates from 12 locations throughout Belgium. EasyLife has a network of 700 proven professionals who are regularly employed by the company on behalf of clients.

EasyLife came to us with a goal that was simple in outline, but one that needed some blue-sky thinking to meet. EasyLife wanted to know from us how they could generate more leads at the same cost per lead or, preferably, at a lower cost per lead. We set to work.

Our Translation of the Goal

At BossData we like to take the road less well-trodden, so the obvious way was never going to be our final answer to what EasyLife needed to further their expansion.
So, we already knew that there was an easy route to take in cases like this one. We could simply have suggested to EasyLife that they go a lot further in their online advertising – Google AdWords for instance would have done some of the work – but we also quickly realised that we could do a lot better for them than that. 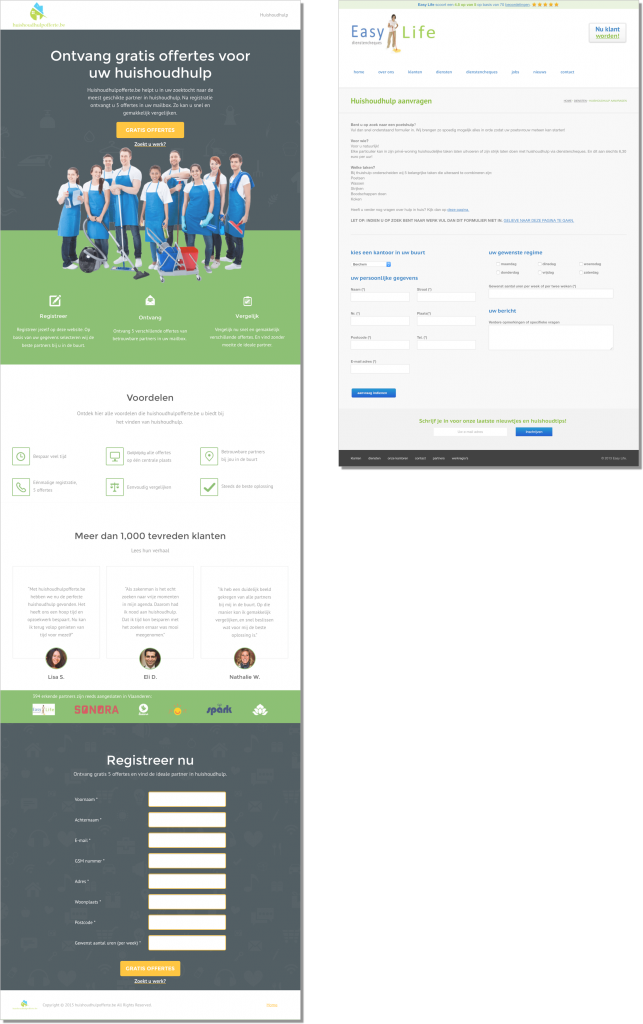 And that was because analysis showed that EasyLife’s existing website, though easy to use, was converting visitors to leads at a certain level, a level that wasn’t, by our standards, particularly high. What’s more, we knew why the conversion rate was so relatively low: put bluntly, their website was simply outdated.

It was time to do what we at BossData always do best: think out of the box. We had to come up with something totally different that would lead to more leads for less cost, and it had to be better than the easy route of more online advertising. It’s our mission always to push boundaries, to push our clients out of their comfort zones.

From Goal to Action

We decided to build an additional – and totally separate – landing page for EasyLife. This new page would have its own URL, so we could be sure that what we were doing was uniquely measurable.

Having decided what we wanted to do, we set to work to build the new page at great speed and at a low cost, using one of our favourite online tools, Unbounce. It meant we could work without employing the extra services of an outside web developer. 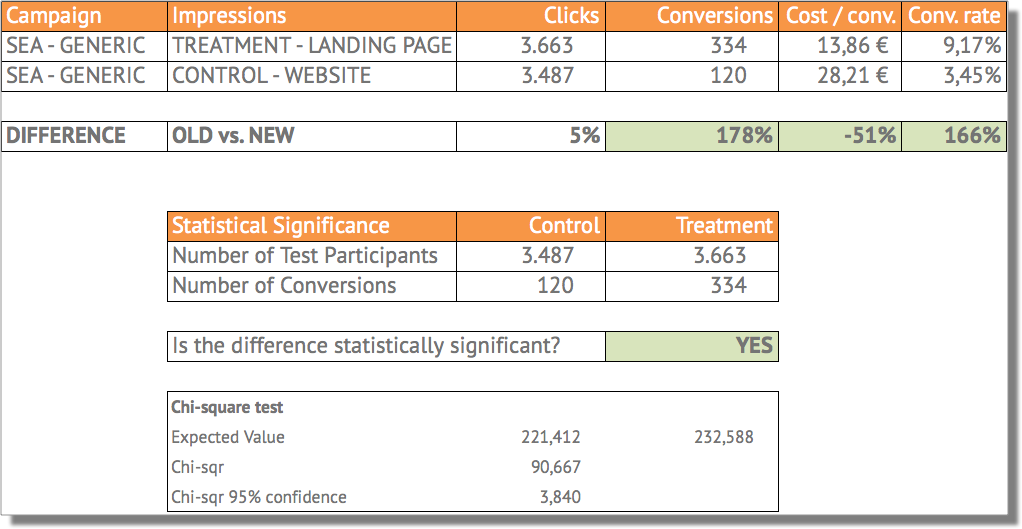 EasyLife had already given their existing web developer the job of building a new landing page, but we believed in our hearts that we could do better with ours. So, once our new page was up and running we acquired traffic through online advertising via Google, Bing and Facebook.

Two new landing pages and a challenge for BossData, something we revel in. We were confident we could do better not only than the original EasyLife page, but also better than the agency’s new landing page. Time to find out who won.

We were confident, certainly, but we had to wait for the proof that what we’d done was the right thing. Results are all that count. The results in this case were even better than expected. Our new (quickly and cheaply designed) web page generated more leads at a lower cost for EasyLife, which was exactly what the client wanted when it came to BossData with its ambition.

To be precise, the new leads we generated were 51% cheaper than the leads coming from EasyLife’s existing website and, what’s more, a massive 166% higher conversion rate resulting in 178% more conversions for the same ad spend.

The road less well-trodden has proved to be the right route once again.

We weren’t about to leave things there, even though one goal had been met. Now we want to go ahead with more online advertising for the landing page, using more advanced techniques than we’ve used so far.

Having achieved that first goal, we now want to generate more leads at the same – that’s the new lower – cost, or even lower still. We believe we can optimise the online marketing mix for the new page still more, so that we can exploit our approach to the fullest. At BossData we’re never satisfied.